The Return of the Birkenstock! 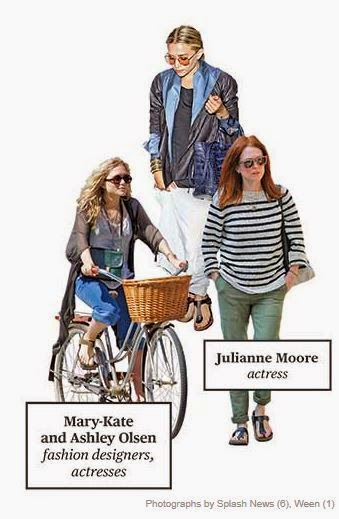 I was recently watching Keeping Up With the Kardashians when I think it was Khloe who pointed out that Kourtney was wearing Birkenstocks. What!? Are these ugly shoes from my past now hip and cool and back in style? Apparently so! Here's an excerpt from an article in Bloomberg Businessweek that talks about why these sandals are back, and which hot designers are trying to imitate the look. I cannot make this stuff up! 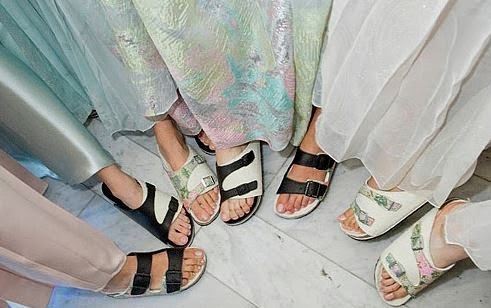 styleblazer
﻿
...There’s a stereotype of the person who wears Birkenstocks,” says David Kahan, chief executive officer of the shoe company’s American division. It’s that eccentric aunt, the colleague who spends his weekends hiking, the camp counselor. Or, as Kahan puts it, “a little anti-establishment, maybe not the most attractive person.” He’s holding court at a Manhattan trade show on June 5, surrounded by rows and rows of new sandals. All week department-store buyers have haunted his booth. At a recent event, “Bloomingdale’s (M) came in with their fashion office—six twentysomething girls flitting around, picking up Birkenstocks and going, ‘So cute! So cute!’ ” he says. “Six months ago, they would have said, ‘That’s the ugliest thing I could ever wear.’ ” 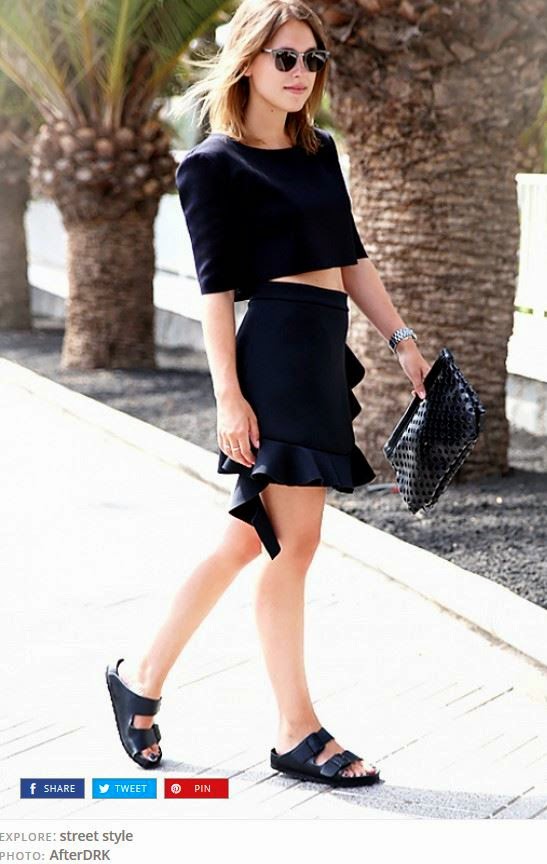 WhoWhatWear
Birkenstocks have been sold in the U.S. since 1966, when a woman named Margot Fraser started importing them after discovering the shoes on a German vacation. The business has had few ups and downs, with the exception of a faddish bump in the 1990s. But in the past two years, something strange has been happening to Birkenstocks: They’ve gotten kind of cool.

Birkenstock’s rediscovery can be traced to late 2012, when Italian designer Giambattista Valli created a metallic replica adorned with studs that sold the next spring for an absurd $850. The same season, the Parisian luxury label Céline introduced a similar $895 sandal with a furry footbed—a Furkenstock, as fashion bloggers called it. This summer you’ll find men’s floral-leather pairs by Givenchy ($600), leopard-print decoys by Steve Madden ($90), and Rachel Zoe’s metallic version ($295), which she calls the Berk. (These are all legal, because it’s nearly impossible to copyright a shoe’s shape.) Fashionable shoppers who see luxury copycats in magazines and department stores aren’t all falling for the exorbitant prices, especially when an authentic Birkenstock Arizona sandal costs about $100. 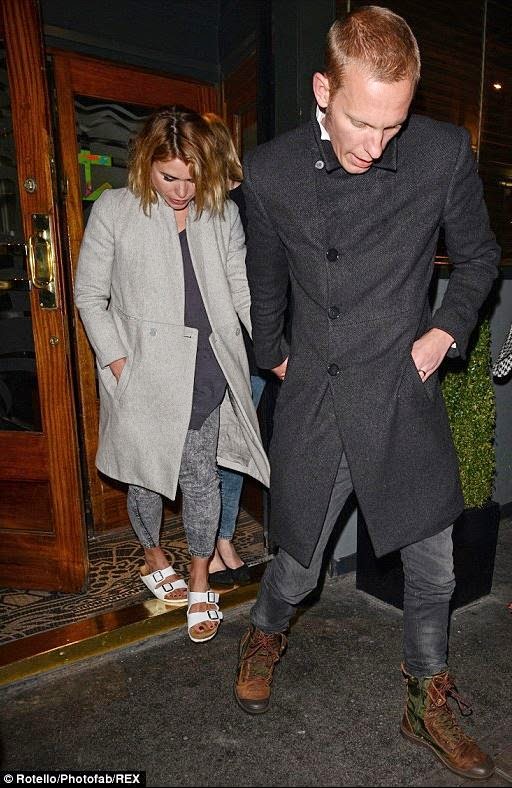 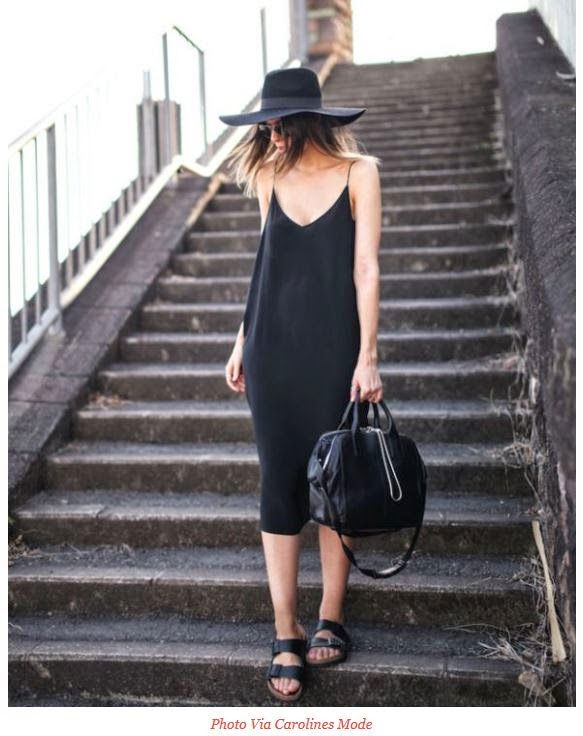 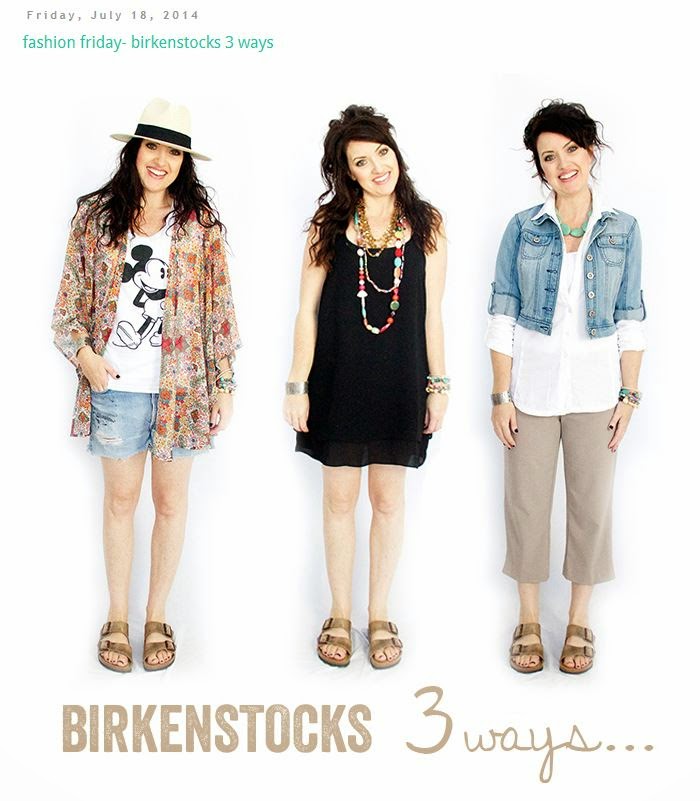 I am normally not a blue and white person, but these amazing Byzantine Melamine dishes from William Sonoma have seriously turned my head! I love that they have a  hand-painted Mediterranean ceramic look to them, with an intense watercolor wash. They are almost too yummy to serve food on! Check out the William Sonoma blog for recipes. 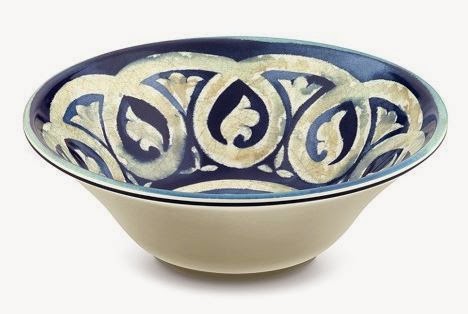 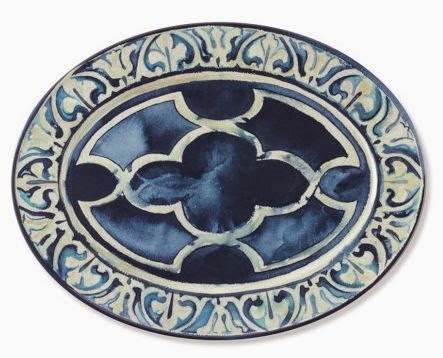 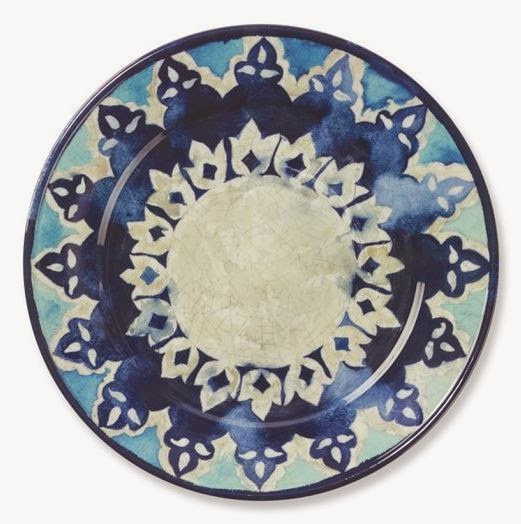 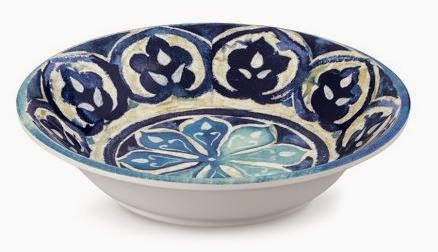 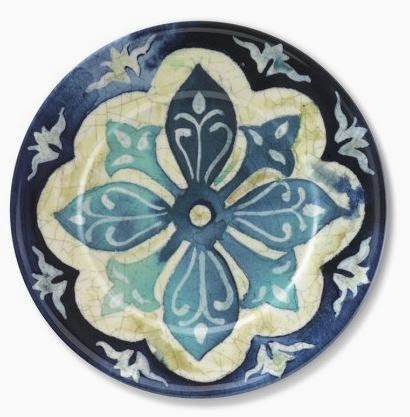 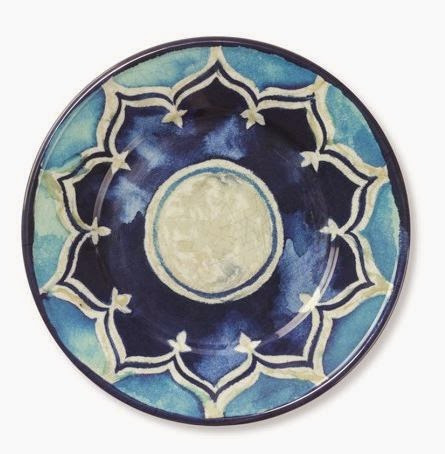 Love, love, love this sobering message about engaging the world by looking up instead of looking down at your smart phone. Two great lines: 1) Smart phones, dumb people. 2) Give people your love, not your 'Like'.
at 11:18 AM Posted by The Trend Spot 0 comments 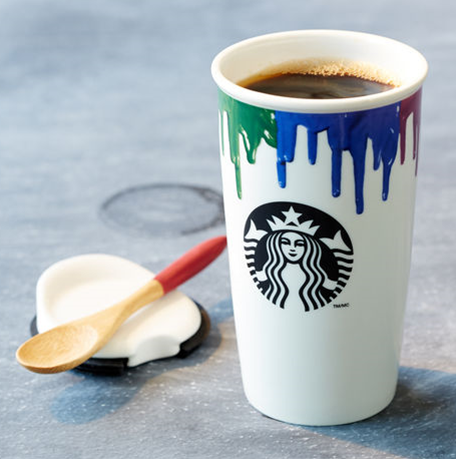 Happy! What art lover wouldn't want to sip a hot mocha from this cup? Starbucks paired up with the fashion label Band of Outsiders to offer customers a cool new designer double wall ceramic traveler this season. The iconic ceramic coffee cup features a black Siren logo with "Band of Outsiders + Starbucks" on one side and a rainbow paint drip design around the rim. Drink up! 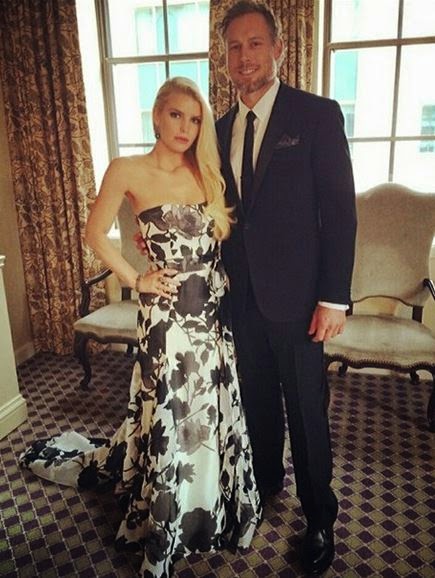 Happy! Jessica Simpson is finally getting married again. For some reason, I really like Jess, and I'm happy that she has gotten her body back, has two gorgeous kids, and now she's going to marry her guy on the Fourth of July! Love and fireworks! 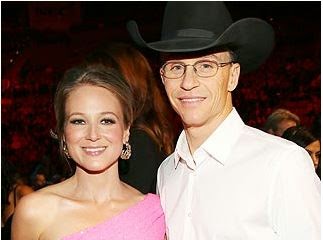 Sad! Jewel and her husband Ty Murray are divorcing. I liked them together, and thought they would stay together forever. I just want shout WORK IT OUT! It's often the 'working it out' that makes a couple stronger. Another celeb couple bites the dust. So sad!
at 10:49 AM Posted by The Trend Spot 0 comments 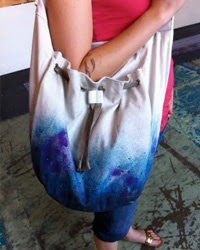 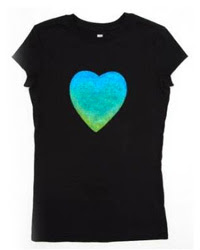 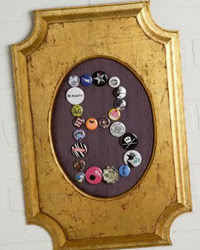 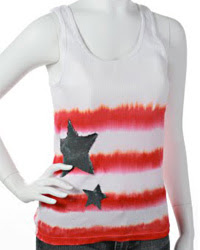